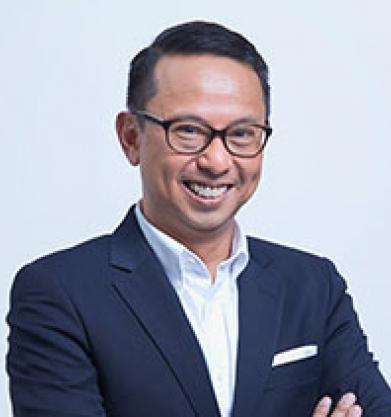 Dato’ Iskandar, aged 54, is the Group Managing Director of Media Prima Berhad. He joined the group in 2019 as the Group Executive Director.

He has over 30 years of experience with several companies ranging from multinationals to government-linked companies, spanning from investment banking to the technology sector. He brings this experience to assist the Group in its transformation and turnaround initiatives.

He currently serves on the boards of Theta Edge Berhad and Globetronics Technology Berhad. From April 2017 to January 2019, he served as the Group Chief Executive Officer (“CEO”) and a board member of Granatum Ventures Sdn Bhd, the holding company of Khazanah Nasional Berhad’s creative and media sector, with a portfolio of operations including Iskandar Malaysia Studios, content creation and content financing/investment. He played a key role in turning around the company and bringing international content production companies into Iskandar Malaysia Studios in 2018. He was one of the key figures in the production of Paskal The Movie, one of Malaysia’s highest grossing box office movies, where he was an Executive Producer.

Dato’ Iskandar was also a Member of the Lembaga Tabung Haji Investment Panel from 2016 to 2018. He served as the Managing Partner and Director of Ethos Consulting Sdn Bhd, a consulting firm that specialises in strategy, value creation and investment advisory. He was formerly the Group CEO of Pos Malaysia Berhad, and Group Director of DRB-HICOM Berhad. He served as the Managing Director and CEO of Manipal Education Malaysia Sdn Bhd, founding CEO and a Board member of Malaysian Biotechnology Corporation Sdn Bhd, and CEO and a Board member of Malaysian Technology Development Corporation Sdn Bhd.

Dato’ Iskandar graduated from Boston University, United States of America, with a Bachelor of Science in Business Administration, majoring in Accountancy.

Other than as disclosed, he does not have any family relationship with any Directors and/or major shareholders of Media Prima. He has no personal interest in any business arrangements involving Media Prima. He has had no convictions for any offences within the past five years.